“When Republicans took over in 2011, the state had about $2 billion in debt,” Speaker Moore said in a press conference Thursday. Now, we’ve saved a record $1.8 billion in savings reserves. That’s a $4 billion swing from where we were.”

“We’ve made responsible fiscal decisions. When naysayers said the sky would fall and revenues would drop following tax relief, what happened? We had budget surpluses. Now, we have a budget that’s going to cut taxes again.”

“These tax cuts, they help everyone. When we raise the standard deduction, we help those who are working and earning the least. Gov. Cooper should sign this budget and fulfill his own promises to provide teacher pay raises, disaster aid and tax relief to the people of North Carolina.” 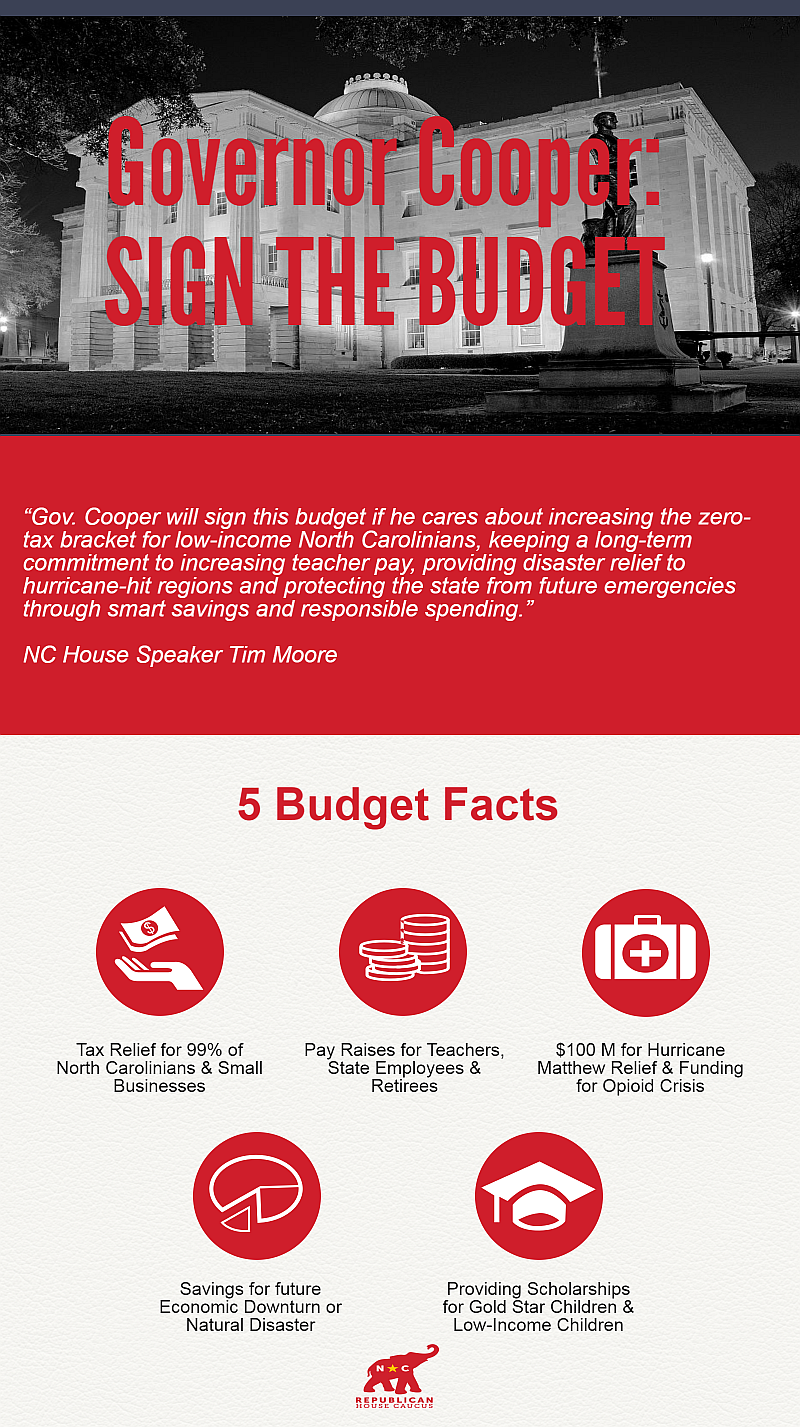