Today, Republicans and Democrats in the North Carolina House of Representatives combined to override the veto from Governor Cooper.

In 2011, House Republicans inherited a $2.5 billion deficit after decades of liberal tax-and-spend policies. Families across North Carolina must balance their family budgets or face bankruptcy, why should our politicians be any different?

Since the Republicans were entrusted with control of the Legislature in 2011, we have created a $1.8 billion budget surplus and the average middle-class family has seen a 20 percent cut in their state income taxes. Our fiscally responsible policies are working for the ALL North Carolinians.

Despite our bipartisan budget receiving the support of almost 70 percent of the General Assembly, Gov. Roy Cooper vetoed it.

According to Gov. Roy Cooper, these are the “wrong priorities” and they are “fiscally irresponsible.”

Has Roy Cooper forgotten his roots and what’s like sit around a kitchen table and balance his families checkbook? 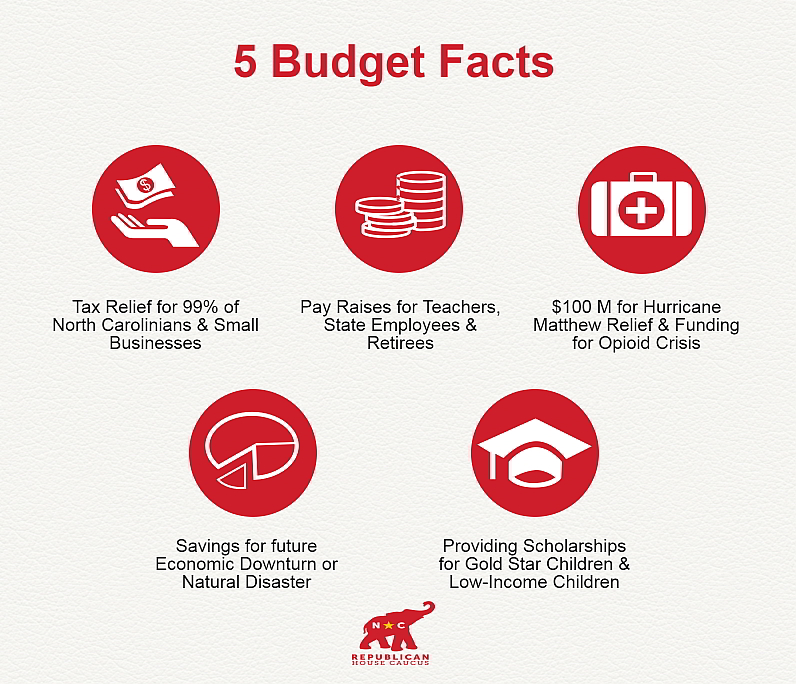