In 2015, more than 1,400 of our fellow North Carolinians died because of a deadly epidemic sweeping the nation and walloping North Carolina – the opioid crisis.

Instead of placing blame, these startling statistics have spurred immediate action by members of the North Carolina House Republican Caucus. To help protect and save our citizens, we put partisan politics aside and worked hard to find solutions. 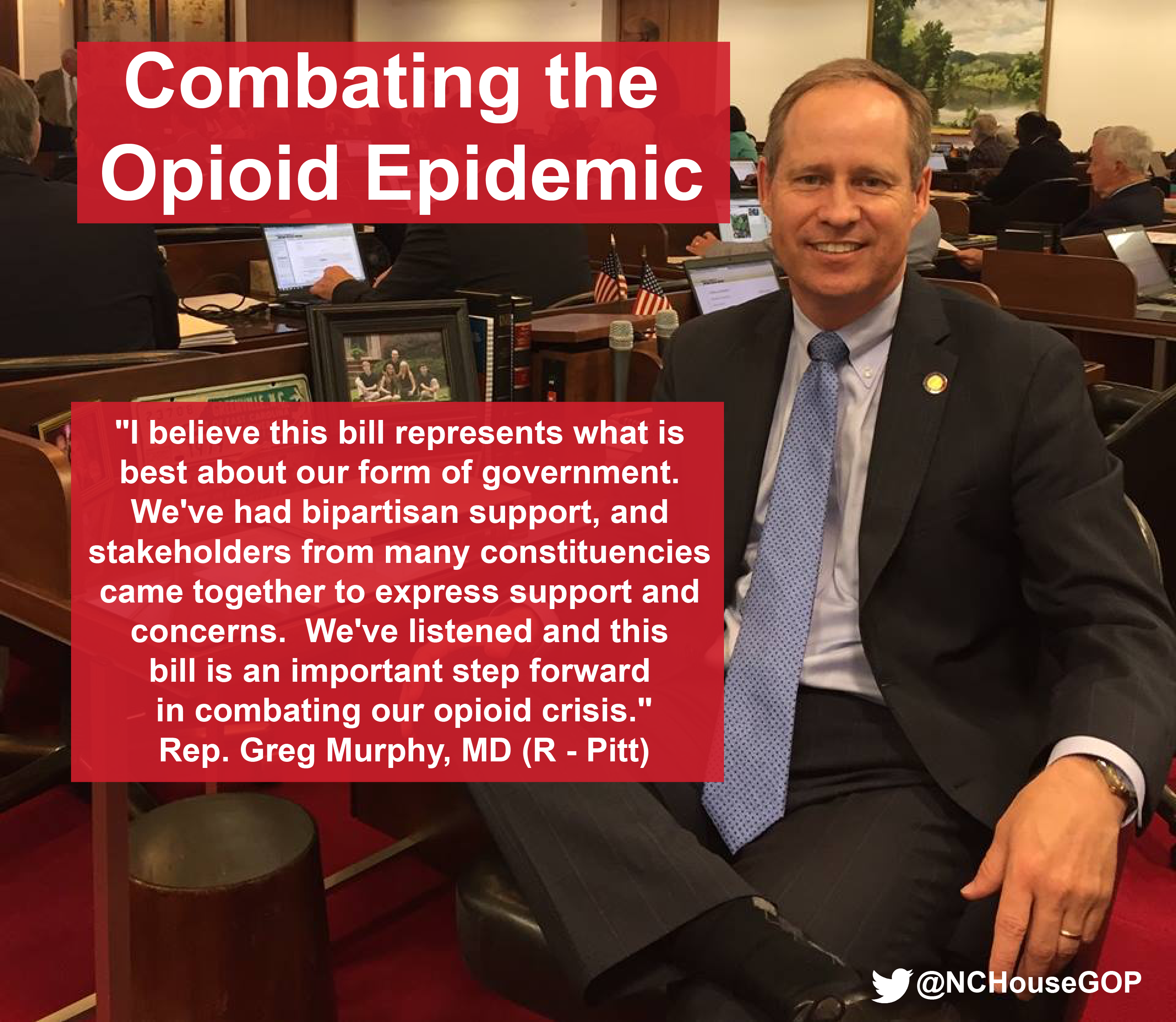 “I believe this bill represents what is best about our form of government – we have had bipartisan support and stakeholders from many constituencies come together to express support and concerns. We have listened, and this bill is an important step forward in combating our opioid crisis.” – Rep. Greg Murphy, MD

In 2016, we passed Senate Bill 734, known as the Statewide Standing Order/Opioid Antagonist that ensured our citizens had access to life-saving drugs to reverse the effects of an overdose. This legislation has had a positive impact and saved lives since becoming law.

Also, we filed legislation (H.B. 738) that gives patients to the right to elect for nonopioid prescriptions

We have also worked with Congress and federal agencies to get access to $30 Million in funding to help stem this epidemic.

We will continue to work with all stakeholders in a bipartisan manner to ensure we can do everything in our powers to protect North Carolinians.